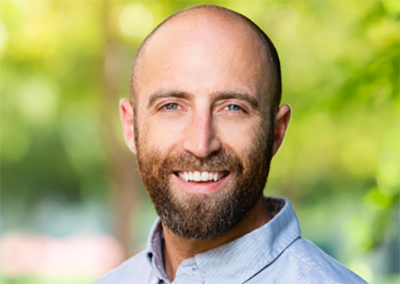 Assistant Secretary for Financial Institutions, U.S. Department of the Treasury

Graham Steele serves as the Assistant Secretary for Financial Institutions at the U.S. Department of the Treasury.  He is an expert on financial regulation and financial institutions, with more than a decade of experience working at the highest levels of law and policy in Washington, D.C.

Graham was previously the director of the Corporations and Society Initiative at Stanford Graduate School of Business, a research initiative that examines issues at the intersection of markets, business, and government to promote more accountable capitalism and governance.

Prior to joining Stanford GSB, Graham was a member of the staff of the Federal Reserve Bank of San Francisco. From 2015 to 2017, Graham was the Minority Chief Counsel for the United States Senate Committee on Banking, Housing & Urban Affairs. From 2010 to 2015 he was a Legislative Assistant for United States Senator Sherrod Brown (D-OH), handling the Senator’s work as a member of the Senate Banking Committee. During that time, he also spent four years as the staff director of the Subcommittee on Financial Institutions & Consumer Protection. Prior to joining Senator Brown’s staff, Graham was a policy counsel at Public Citizen’s Congress Watch in Washington, D.C.

Graham received his bachelor’s degree in political science from the University of Rochester and his law degree from The George Washington University Law School. He is originally from Brookline, Massachusetts, and is a member of the Massachusetts State Bar.