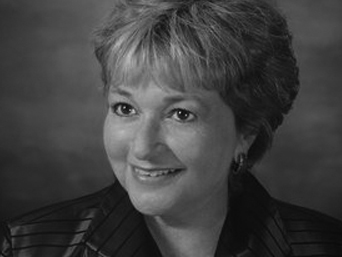 Eva Tansky Blum is senior vice president and director of Community Affairs for PNC Bank. Blum also serves as chairwoman and president of The PNC Foundation.

In this role, Blum works with PNC’s businesses and regional presidents in establishing the strategy to position PNC as a leader in the community. She directs the company’s philanthropic programs, including PNC Grow Up Great, a ten-year, $100 million program to support quality early childhood education.

Blum is a member of both the Pennsylvania and Allegheny County bar associations. She serves on the board of directors of the Business Civic Leadership Center (BCLC), a national business organization that studies industry issues and provides a forum for discussion. Blum also holds several roles with her alma mater, the University of Pittsburgh. She serves on the school’s board of trustees; she co-chair’s Pitt’s $2 billion capital campaign; she is on the board of visitors for the university’s school of law; and she is past president of the University of Pittsburgh Alumni Association. Blum is also a member of the honor board of WQED Multimedia, serves on the advisory board of the Carnegie Science Center and is a board trustee for the Jewish Healthcare Foundation.

Blum received a bachelor of arts degree in 1970 from the University of Pittsburgh and graduated from that University’s School of Law in 1973.