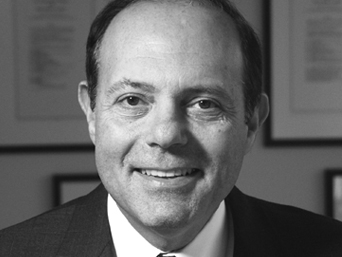 Gene, the founder and chief executive officer of Promontory Financial Group, is a trusted adviser to many of the world’s leading financial companies. He is widely recognized as a farsighted thinker on the most pressing issues confronting financial services. Before founding Promontory, Gene served under President Clinton as U.S. comptroller of the currency, the head of the federal agency responsible for supervising the preponderance of U.S. banking assets. He went on to become vice chairman and senior control officer of Bankers Trust/Deutsche Bank.

Gene is a business leader and expert on banking regulation, risk management, and fiscal policy who founded Promontory in 2001.

As a former federal regulator and banker, Gene is thoroughly attuned to the issues involved in revamping the regulatory framework to withstand future shocks. Under his leadership, Promontory has become synonymous with excellence in compliance and risk management, and is renowned for its ability to help financial companies resolve their most pressing challenges.

Before founding Promontory, Gene was vice chairman and senior control officer of Bankers Trust New York Corp. He was instrumental in steering the firm through its landmark merger with Deutsche Bank.

As U.S. comptroller of the currency from 1993 to 1998, Gene served as the Clinton administration’s point person on the policy response to the credit crunch of the early 1990s. He fashioned an 11-point plan that was instrumental in ending the credit crunch and helping banks begin to lend again and fulfill their role of supporting the economy. As comptroller, he was known as a pragmatist who greatly enhanced the ability of financial institutions to compete even as he refocused the industry on meeting its obligations under the Community Reinvestment Act. Under his purview, lending to low and moderate income Americans increased tenfold, as did national bank investments in community development corporations. He brought 27 fair-lending cases, resulting in tens of millions of dollars in fines against violators.

Before becoming comptroller, Gene was a partner in the law firm of Covington & Burling, specializing in banking law. He has written numerous articles on banking and finance for scholarly journals and publications and has been a guest lecturer at Yale and Harvard law schools and Georgetown University’s International Law Institute. He has also lectured at the Yale Business School and Harvard’s Kennedy School of Government.

In addition to his role at Promontory Financial Group, Gene is chairman and co-founder of Promontory Interfinancial Network and managing principal of CapGen Financial, a private equity firm.

As CEO of Promontory, Gene was writing and speaking regularly about the breakdown of credit discipline and emerging problems with mortgage lending for more than two years before the extent of the troubles became widely acknowledged in 2008. Notably, he co-authored (with Paul Volcker and Nicholas Brady) a watershed Wall Street Journal op-ed in September 2008 that fundamentally altered the tone of the debate over what was then called “the subprime crisis.” The article helped to rally bipartisan support for decisive governmental action to deal with what was still an unfolding financial crisis.

The force of Gene’s ideas has been underscored repeatedly by editorial page writers and columnists for the Wall Street Journal, Washington Post, and Barron’s, among other prominent publications. He is sought after by the media as an interpreter of news events and has been quoted by virtually every major news organization, including the BBC, CNBC, PBS, the New York Times, and the Financial Times. He is also a closely watched columnist for the American Banker newspaper. He had the honor of delivering the William Taylor Memorial Lecture before the International Conference of Banking Supervisors.