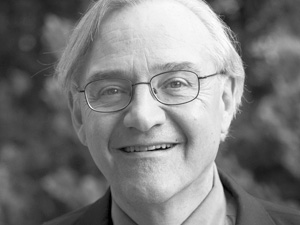 A nationally known and respected commentator on politics, Dionne appears weekly on National Public Radio and regularly on MSNBC.  He is a regular contributor to NBC’s Meet the Press. He has also appeared on News Hour with Jim Lehrer and other PBS programs.

Dionne began his career with New York Times, where he spent fourteen years reporting on state and local government, national politics, and from around the world, including stints in Paris, Rome, and Beirut. The Los Angeles Times praised his coverage of the Vatican as the best in two decades. In 1990, Dionne joined the Washington Post in 1990 as a reporter, covering national politics and began writing his column in 1993. His best-selling book, Why Americans Hate Politics(Simon & Schuster), was published in 1991. The book, which Newsday called “a classic in American political history,” won the Los Angeles Times book prize, and was a National Book Award nominee.

He is the author and editor or co-editor of several other books and volumes, including They Only Look Dead: Why Progressives Will Dominate the Next Political Era (Simon & Schuster, 1996),Community Works: The Revival of Civil Society in America (Brookings Press, 1998), What’s God Got to Do with the American Experiment (Brookings Press, 2000), Bush v. Gore (Brookings Press, 2000), Sacred Places, Civic Purposes: Should Government Help Faith-Based Charity? (Brookings Press, 2001), and United We Serve: National Service and the Future of Citizenship with Kayla Meltzer Drogosz and Robert E. Litan (Brookings Press 2003), Stand Up Fight Back: Republican Toughs, Democratic Wimps, and the Politics of Revenge (Simon & Schuster, 2004) and Souled Out: Reclaiming Faith and Politics After the Religious Right (Princeton University Press, 2008). His latest book is Our Divided Political Heart: The Battle for the American Idea in an Age of Discontent, published Spring 2012 by Bloomsbury USA.

Dionne has received numerous awards, including the American Political Science Association’s Carey McWilliams Award to honor a major journalistic contribution to the understanding of politics.  He has been named among the 25 most influential Washington journalists by the National Journaland among the capital city’s top 50 journalists by the Washingtonian magazine. He was elected as a member of the American Academy of Arts and Sciences. In 2002, he received the Empathy Award from the Volunteers of America, and in 2004 he won the National Human Services Assembly’s Award for Excellence by a Member of the Media. In 2006, he gave the Theodore H. White Lecture at the Shorenstein Center on Press, Politics and Public Policy at Harvard University.  The Sidney Hillman Foundation presented him with the Hillman Award for Career Achievement in 2011.