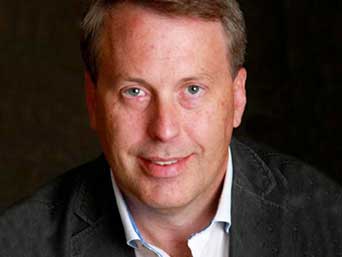 Dr. Richard Swart is recognized as a global thought leader in the alternative finance industry. He was recently appointed the Filene Fellow in Emerging Technology and Visiting Professor at the University of California, Irvine where we will focus on FinTech and its social impact as part of the Institute for Money, Technology at Financial Inclusion.

Richard is a founding board member of the Crowdfunding Professional Association (CFPA) and the Crowdfunding Intermediary Regulatory Advocates (CIFRA). He co-organized the first major national conference on crowdfunding and coordinated several educational events on the JOBS Act throughout the United States for the White House.

Having served as a research scholar in the Institute for Business & Social Innovation in the Haas School of Business, he was the University’s resident expert on crowdfunding and evolving models of alternative finance. He also organized the Annual Academic Symposium on Crowdfunding Research. He advises the Bill and Melinda Gates Foundation, and works with several other prominent foundations, think tanks, funds and corporations.

Richard has emerged as the global expert on developments in crowdfunding and alternative finance. He was the lead author on a research project for the World Bank exploring crowdfunding and funding models for innovative technology. He has lectured in Europe, the United Kingdom, Africa, the Middle East and throughout the United States. In recognition of his research in the UK, he was made a Fellow of the Royal Society of Arts.

Dr. Swart was the lead author and researcher on the World Bank’s report on “Crowdfunding and its Potential Impact for the Developing World.” He partnered with the University of Cambridge to complete the first country-level study of alternative finance, “The Rise of Future Finance: The UK Alternative Finance Benchmarking Report.” He was recently appointed to the Industry Leadership Board at The Cambridge Center for Alternative Finance, a distinction afforded to select VIPs around the globe.