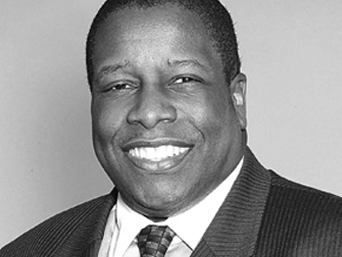 Dingle has authored countless BLACK ENTERPRISE cover stories throughout his tenure with the magazine and has appeared as a business expert on numerous television networks and radio programs, including CNN, CNBC, NBC’s Weekend Today, and National Public Radio.

Prior to becoming editor-in-chief of BLACK ENTERPRISE magazine, Dingle served as the publication’s executive editor from 2000 to July 2008, and managing editor from 1987 to 1990. Prior to rejoining BLACK ENTERPRISE, he was a senior writer at Moneymagazine, covering mutual funds and small business issues. Earlier in his career, Dingle founded and served as president and CEO of Milestone Media Inc., the nation’s largest black-owned comic book company. Distributed by DC Comics, Milestone produced an average of eight monthly titles and sold more than 10 million copies from 1992 to 1998. One of the characters he co-created, Static Shock, was developed into an animated series that ran from 2000 to 2005 on the WB Network and the Cartoon Network.

An award-winning editor, Dingle is the author of Titans of the B.E. 100s: Black CEOs Who Redefined and Conquered American Business, and he received the 1999 International Reading Association Award for his book First in the Field: Jackie Robinson, Baseball Hero.

Dingle is a member of the National Association of Black Journalists and the American Society of Magazine Editors. He also serves on the board of Norfolk State University’s School of Communications.