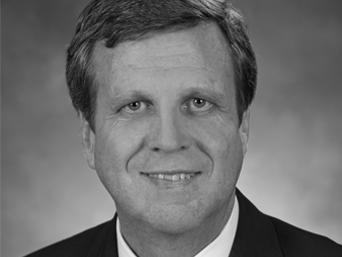 David Fuller is the President of the SunTrust Foundation. Mr. Fuller is based in Orlando. Mr. Fuller began his banking career in 1983 and joined SunTrust in 2004. Prior to assuming his current responsibilities, Mr. Fuller was the Division President for the Central Florida Division for 4.5 years. Before assuming the Division President role in 2010, he served as SunTrust’s Line of Business Manager for Core Commercial Banking and the Treasury & Payment Solutions Division Head. In those roles, Mr. Fuller was responsible for the bank’s strategy for core commercial banking as well as leading treasury management services, commercial card services, merchant services, global trade and business deposits/liquidity management.

Mr. Fuller serves as the Vice Chairman on the Heart of Florida United Way Board of Directors; he also serves as the Vice Chairman on the Metro Orlando Economic Development Commission Board, and is a member of the Metro Orlando Economic Development Governors Council and Enterprise Florida Board. He also served as the 2010-2011 Campaign Chair for the Heart of Florida United Way.
In 2009, Mr. Fuller was recognized by Treasury and Risk Magazine as one of the 100 Most Influential People in Finance. In 2011, Mr. Fuller was named the Most Influential Businessman in Banking in Central Florida by the Orlando Business Journal; in 2012, Mr. Fuller received the Golden Hands Award from the Asian American Chamber of Commerce of Central Florida. In 2013, Mr. Fuller was recognized with the Multicultural Leader Award from the Florida Diversity Council, and in 2014 was recognized as an Orlando Business Journal CEO of the Year honoree.