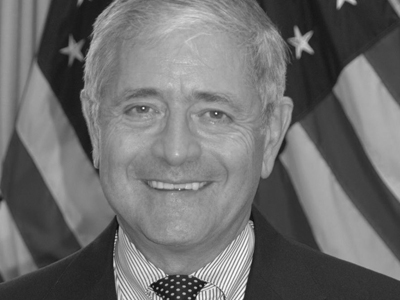 Major General David R. Bockel retired from the Army Reserve on June 6, 2003. He assumed his previous position as Commanding General, 90th Regional Support Command in June 1999. His prior assignments, held concurrently, were Deputy Commanding General (IMA) of United States Army Reserve Command and Commander, US Army Reserve Readiness Command. Before that, he was with the 311th Theater Signal Command, Fort Meade, Maryland where he served as Deputy Commanding General. During his 37-year career, he first served in Vietnam in 1967 with units from the 25th Infantry Division and the 199th Infantry Brigade. Upon his return he served at Redstone Arsenal, AL, as the Assistant Material Readiness Officer, Headquarters & Headquarters Company, School Brigade, U.S. Army Missile & Munitions Center & School. The remainder of MG Bockel’s assignments have been with the USAR. From 1968 to 1971, he served with the 303rd Quartermaster Company, Rome, GA. From 1971 to 1975 he served as the Supply Staff Officer with the Headquarters, 81st Army Reserve Command in Atlanta. His next assignment was as Headquarters Commandant, 81st ARCOM. He was selected for the TOPSTAR Program in 1977 and was assigned as the Mobilization Designee with the Chief of Public Affairs, Secretary of the Army, Washington, D.C. He then returned to Headquarters, 81st Army Reserve Command where he served as Supply Staff Officer until 1982. Later he became the Chief, Maintenance Division with the 81st Army Reserve Command.. In 1984 he assumed command of the 352nd Maintenance Battalion (GS) in Macon, GA, commanding that battalion for two years. In 1986 he was assigned back to the 81st ARCOM where he served as the Chief, Unit Training Division. From 1987 to 1990, he was the Commandant, 3283rd U.S. Army Reserve Forces School in, Atlanta. From there he assumed command of the 449th Area Support Group at Fort Gillem, GA, serving as its commander from August 1990 to January 1993. He then returned to the 81st Army Reserve Command where he served as the Deputy Chief of Staff, Training and then as the Chief of Staff until May 1995.   In May, 1995, he was selected to be the Deputy Commander of the newly formed 311th Theater Signal Command at Fort Meade, Maryland. In May 1997 he was selected to become the Deputy Commanding General (IMA) of the United States Army Reserve Command in Atlanta and Commanding General of the United States Army Reserve Readiness Command at Fort Jackson, South Carolina. In May 1999, he was selected to command the 90th Regional Support Command in Little Rock, Arkansas with responsibilities for Army Reserve units in Arkansas, Texas, Louisiana, Oklahoma and New Mexico.   In May 2000, he was appointed to serve on the Army Reserve Forces Policy Committee at the Pentagon, and in December 2001 he was appointed as Chairman of the Army Reserve Forces Policy Committee.

CIVILIAN OCCUPATION: Retired December 31, 2014. Last position was Veterans Program Liaison – Governor’s Office of Workforce Development, Georgia Department of Economic Development, Atlanta, Georgia. Prior to that he was Executive Director of the Reserve Officers Association in Washington. Prior to moving from Atlanta to Washington in 2003, the Bockel’s owned an advertising agency, Bockel & Company, in Atlanta for 32 years.