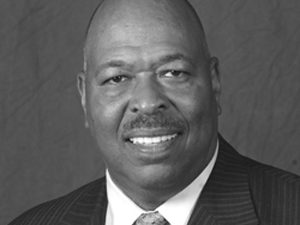 Daryl J. Carter is the Founder, Chairman and CEO of Avanath Capital Management, LLC, a Southern California based investment firm focused on conventional and affordable multifamily investments. Mr. Carter directs the strategy, investments, and overall operations of the firm. Over the past 2 years, Avanath has acquired in excess of $300 million in affordable apartment communities nationwide. Mr. Carter is also a Managing Partner of McKinley-Avanath, a property management company focused on the affordable apartment sector, an entity owned jointly by Avanath and McKinley, Inc.

Mr. Carter has 32 years of experience in the commercial real estate industry. Previously, he was an Executive Managing Director of Centerline Capital Group (“Centerline”) and head of the Commercial Real Estate Group. Mr. Carter became part of the Centerline team when his company, Capri Capital Finance (“CCF”), was acquired by Centerline in 2005. Mr. Carter co-founded and served as Co-Chairman of both CCF and Capri Capital Advisors (“CCA”). He was instrumental in building Capri to a diversified real estate investment firm with $8 billion in real estate equity and debt investments under management. Prior to Capri, Mr. Carter was Regional Vice President at Westinghouse Credit Corporation in Irvine and a Second Vice President at Continental Bank in Chicago.

Mr. Carter holds dual Masters Degrees in Architecture and Management, both received from the Massachusetts Institute of Technology. He received a Bachelor of Science degree in Architecture from the University of Michigan. Mr. Carter is a Trustee of the Urban Land Institute, Executive Committee Member and Chairman of the National Multi Housing Council, and a Past Chairman of the Commercial Board of Governors of the Mortgage Bankers Association. Mr. Carter serves on the Visiting Committee of the M.I.T. Sloan School of Management. Mr. Carter also serves as an independent director of four companies, Whitestone REIT (NYSE: WSR), Silver Bay Realty Trust Corporation (NYSE: SBY), The Olson Company, and RREEF America III.