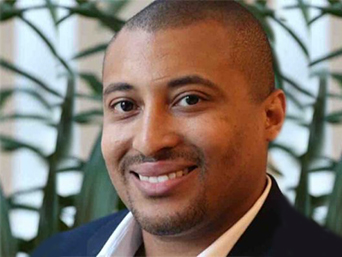 Richard furthered his environmental education service as a regional representative of the United Nations Environment Program and from 2010-2012 as an advisor to UNEP’s TUNZA Youth Advisory Council, representing North American Youth at international conferences/summits and organizing special events to bring attention to environmental issues.

Richard continues to serve in the environmental sector as a volunteer contributor to the UN Major Group for Children and Youth and as a trainer for the Climate Reality Project led by Al Gore. Recognized for his commitment to sustainability education, efforts to mitigate climate change and advocacy for environmental justice, Richard is a 2008 Green For All Fellow and 2013 Byron Fellow.

He currently works as the Director of User Adoption for Empowrd Apps LLC. Richard holds positions on various boards of nonprofit organizations including the Board of Advisors for the Next Big Thing Movement, Inc, inArt, Inc and is a founding member of the Emerging 100 of Atlanta Young Professionals Network (Auxiliary of 100 Black Men Atlanta Inc.)