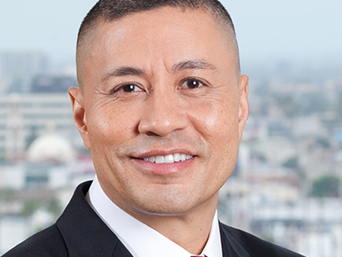 Robinson is responsible for defining, building and fostering a corporate culture that values diversity of backgrounds, talent, experiences and ideas, with a focus on programming, workforce, supplier diversity, governance and community investment. He acts as the main liaison between NBCUniversal and key local and national organizations, oversees the company’s diversity and inclusion commitments, and works closely with senior leadership to promote these efforts throughout the organization. He also helps guide the company’s eight internal Employee Resource Groups and serves as a member of the Comcast NBCUniversal Joint Diversity Council.

Robinson was named to his position in August 2011, having previously served from 2008 as President and General Manager of KNBC-TV, the NBC Owned Station in Los Angeles. There, he oversaw all aspects of the television station including news, sales and community relations. Robinson was promoted to that position in 2008 after serving as the station’s EVP of Operations and Digital strategy.

Previous roles include President and General Manager of WCMH-TV, the NBC affiliate in Columbus, Ohio; Vice President of Sales for WRC-TV, NBC’s Owned Station in Washington, DC; and Local and National Sales Manager of KCBS-TV in Los Angeles. After studying Political Science at UCLA and a brief stint in retail sales and management, he took an entry level job at KCBS-TV (then KNXT-TV) in Advertising Sales, and quickly realized that broadcasting and entertainment was where he wanted to spend his career.

Raised in the Echo Park district of Los Angeles, Robinson’s interest in public service was sparked at an early age by his parents. His Chinese-American mother retired after a long career in public service, much of it in support of low-income families through the Aid to Families with Dependent Children program. Robinson’s father was one of the first African-American consultants for the Fair Employment Practices Commission (FEPC), where he investigated allegations of racial, gender and age discrimination in housing and employment. Race, equality and civil rights were frequent topics at the Robinson dinner table and those discussions continue to inform and drive his commitment to diversity and inclusion today.