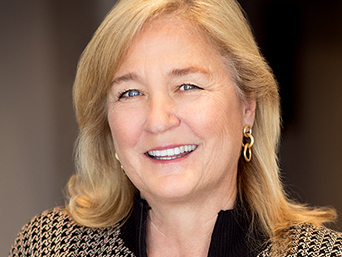 Colleen Anderson is a highly seasoned executive with a proven track record of driving large scale change and achieving sustainable growth in companies with varying size and complexity. She serves as BankWork$ Executive Director.

Ms. Anderson served as Executive Vice President, Head of Retail Banking for OneWest Bank in Pasadena. In this role she was responsible for all aspects of Consumer Banking, Business Banking and SBA Lending. The Consumer Bank included 78 branches with $12 billion in deposits. Within the first sixth months of taking the position, two financial institutions were acquired. Ms. Anderson successfully integrated the three financial institutions on to a new technology platform and a common suite of products/services.

Prior to working at OneWest Bank, Ms. Anderson was recruited by Goldman Sachs to serve as one of their Consultants and an industry expert during formal due diligence process on a potential investment target that was slated to close right before the capital markets collapsed. She had been selected as future President of Community Banking.

Earlier in her career, Ms. Anderson served as Executive Vice President & Head of Community Banking Group for Greater Bay Bancorp. She was responsible for all aspects of Consumer, Business, Commercial, Private and Venture Capital Banking for a $7.5 billion Community Bank headquartered in Palo Alto, CA.