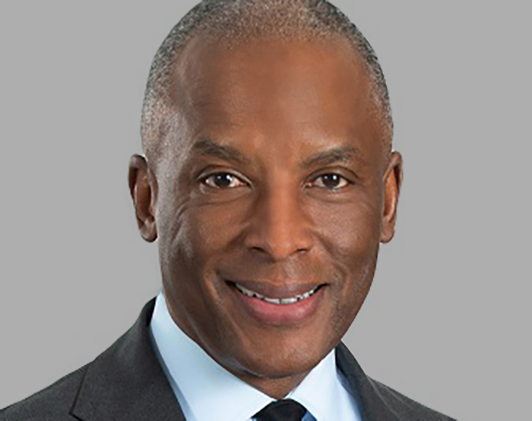 Chris Womack was named chairman, president and CEO of Georgia Power in 2021. He leads Georgia Power in serving its 2.6 million customers across the state. The company is the largest subsidiary of Southern Company, one of the nation’s leading energy providers.

Prior to his current role, he served as executive vice president and president of external affairs for Southern Company where he led overall external positioning and branding efforts including the company’s public policy strategies and oversaw the company’s governmental and regulatory affairs, corporate communication initiatives and other external and strategic business engagements.

Prior to joining Southern Company, Womack worked on Capitol Hill for the U.S. House of Representatives in Washington DC. He served as a legislative aide for former Congressman Leon E. Panetta and as staff director for the Subcommittee on Personnel and Police for the Committee on House Administration.

Womack is a member of the board of directors of Essential Utilities, Inc. and Invesco Ltd. He currently chairs the board of the East Lake Foundation, is on the national board of The First Tee and is the chair of the board for the Alliance to Save Energy. Womack has chaired the Atlanta Convention and Visitors Bureau board and the Atlanta Sports Council. He has also served on the Georgia Ports Authority Board. He has received numerous honors, awards and recognitions.