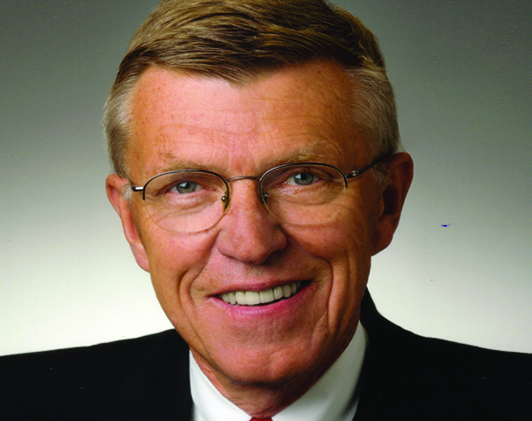 The Wall Street Journal has called Robert L. Crandall, former Chairman and Chief Executive Officer of AMR Corporation and American Airlines, “the man who changed the way the world flies.” During his 25-year tenure at American Airlines, Crandall was instrumental in introducing several changes which revolutionized the travel industry.

In 1973, Crandall sponsored a project to modernize American’s SABRE computer reservations system, thus laying the groundwork for what eventually became The SABRE Group, now a leading provider of computing and communications services for airlines throughout the world. In 1975, Crandall created Super Saver fares, which introduced the concept of deep discounts for advance-purchase tickets. Subsequently, he led the development of the industry’s first yield management system, a revenue-maximizing approach now used throughout the airline industry. In 1980, he created AAdvantage, the industry’s first frequent flyer program, and in 1983, launched an expansion program which more than tripled American’s size and transformed it from a medium-sized domestic carrier to one of the world’s leading international airlines with revenues of more than $20 billion.

Mr. Crandall is currently a Director of GoGo and consults with various companies.

Among the many national and trade publications that have honored Mr. Crandall for his achievements and executive leadership are Business Week, Industry Week, Aviation Week & Space Technology, Financial World, and Air Transport World. In April 1997, Mr. Crandall received the Horatio Alger Award, which honors individuals who have achieved success despite challenging life circumstances.

Mr. Crandall and his wife, Jan, live in Florida and Massachusetts. They have three adult children and seven grandchildren, and enjoy bridge, sailing and gardening.