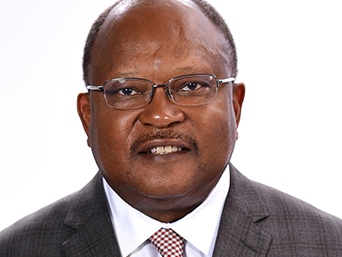 Bishop Bass also serves the Church of God In Christ as Chief Operating Officer and President, COGIC Urban Initiatives. The Church of God in Christ is the fifth largest Protestant denomination in the United States with churches in 84 countries worldwide and an estimated membership of nearly 6.5 million members.

He is an alumnus of Colgate University in Hamilton, New York. Also, as a foreign exchange student, he attended Panjab University in Chandigarh, India. In the secular world, he served as Senior Vice President of Sales and Marketing for Blue Cross Blue Shield.

He is the visionary founder and pastor of The Empowered Church COGIC in St. Louis. The Empowered Church is a beacon of hope within the Spanish Lake community of St. Louis, where this progressive ministry continues to grow and flourish. The Descending Dove Community Development Corporation provides programming and other resources to the community at large.

Bishop Bass has enjoyed many historic first. Among them, he was the first African-American pledge of Lambda Chi Alpha Fraternity while an undergraduate student at Colgate University. As a result, the chapter at Colgate was expelled from the fraternity. He participated in the ’68 Sit-In at Colgate University that resulted in significant changes on the campus.

Later he was the first African-American Director of Group Insurance Marketing with the Prudential Insurance Company. He also served as a consultant with the William Mercer Company. He went to become the first African-American vice president and subsequently senior vice president with Blue Cross Blue Shield of Missouri which is now known as Anthem Healthcare.

With an enduring commitment to establishing community, Bishop Bass has served tirelessly on many boards. He holds memberships in several clubs including the Media Club, the Missouri Athletic Club and the VP Organization.

Among numerous honors and awards, Bishop Bass was featured in Speaking of People in Ebony Magazine. He is nationally known for coining the phrase, “I Won’t Be Silent Anymore!” and for authoring a book by that name.

He has appeared on the O’Reilly Factor, CNN, MSNBC, the NBC Nightly News with Brian Williams, the BBC and media throughout the world. Additionally, he has been quoted in USA Today, the New York Times, the St. Louis Post Dispatch and the Huffington Post to name a few.

The greatest asset to his professional and personal life is his beloved wife of 45 years, Lady Jessie Miller Bass. They lost their eldest son, Sean Edwin, through a random and heinous act of violence. From the pain and scars of this family tragedy, Bishop and Lady Bass have emerged with tremendous insight and empathy into the hurts and wounds of others, and have thereby enlarged their capacity for ministry.