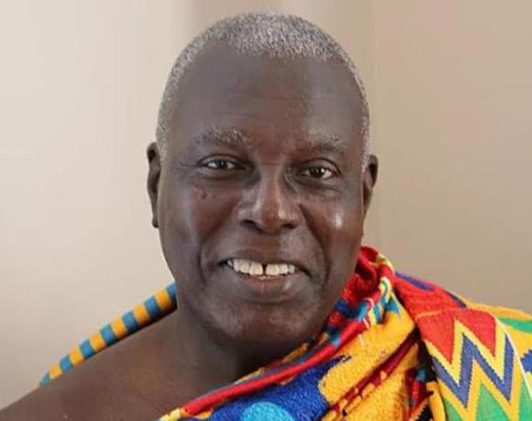 Ambassador of Ghana to the United States

His Excellency Dr. Barfuor Adjei-Barwuah, the 19th Ambassador of the Republic of Ghana to the United States of America, presented his credentials to President Donald John Trump on 21st July, 2017. This is his second Diplomatic Assignment, having previously served as Ambassador of Ghana to Japan with concurrent accreditation as High Commissioner to Australia, Papua New Guinea, New Zealand and Singapore from 2001 to 2008.

Born on December 15, 1942 in Kumasi, Ghana, he attended Prempeh College where he was appointed Senior House Prefect of Freeman House and in his sophomore year, at the University of Ghana, Legon, where he obtained his Bachelor of Arts degree in Geography, he was voted into office as President of Commonwealth Hall Junior Common Room. He has a Master of Science Degree from the University of Wisconsin-Milwaukee and a Doctor of Philosophy from Indiana University, Bloomington. HE Adjei-Barwuah also has a Certificate in Counselling from The Centre for the Advancement in Counselling, London, England.

Considered by many as Ghana’s most effective diplomat, Dr. Adjei-Barwuah has proven himself as a dedicated public servant and a distinguished statesman. He is committed to the socio-economic development of his country. He places emphasis on social justice and inclusion as well as a fairer formula for international relations.