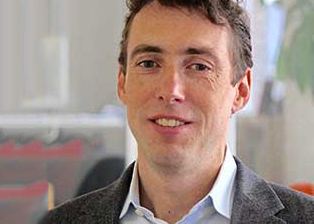 Arjan Schütte is the founder and a managing partner of Core Innovation Capital, a leading venture capital fund investing in financial services companies that empower everyday Americans. His investments include Oportun, Ripple, CoverHound, and TIO Networks. Arjan is a passionate advocate for market-based financial inclusion. He blogs for Forbes, and has been quoted in the Wall Street Journal, New York Times, and The Economist, among others. He is regularly invited to speak, including SXSW, the White House, Stanford, Harvard and MIT. Arjan is a Senior Advisor to the Center for Financial Services Innovation, the nation’s leading authority on financial health, which he helped start in 2004. He serves on the boards of CoverHound, Fundera, Ripple, SavvyMoney, and TIO Networks. Arjan also serves on the Consumer Financial Protection Bureau’s Consumer Advisory Board. A number of Arjan’s investments have been acquired, including AccountNow (by Green Dot), CircleLending (by Virgin Group), L2C (by TransUnion), RentBureau (by Experian), and TIO Networks (by PayPal). Prior, Arjan spent a decade as an entrepreneur in several venture backed startups as a technology leader and general manager including Pierian Spring Software, Cognitive Concepts (acquired by Houghton Mifflin), Capella University (now NASDAQ: CPLA), and DoTheGood. Arjan earned his Master’s from the Media Laboratory at the Massachusetts Institute of Technology, as an Interval Research Fellow, and his Bachelor’s in Philosophy and Communication at Lewis & Clark College. He is based in Los Angeles and San Francisco.