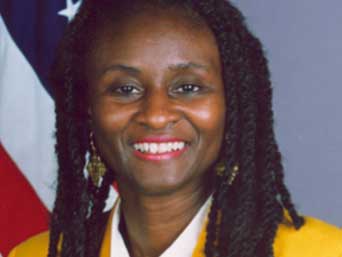 Ambassador (Dr.) Robin Renee Sanders served as one of the U.S. Government’s top diplomats on African issues over a long career in the United States Diplomatic Corps with senior positions ranging from Ambassador to the Republics of Nigeria and the Congo, two stints as Director for Africa at the White House, and the U.S. Permanent Representative to the West African Regional Organization ECOWAS. Dr. Sanders received her doctorate degree from Pittsburgh’s Robert Morris University and is a thought leader on today’s Africa political, economic, and security issues. She has testified before the U.S. Congress on these topics. Her advisory firm is divided into two parts: FEEEDS Advocacy Initiative covering economic, sustainable development (SDGs), poverty alleviation, Africa Diaspora and SMEs issues; and, FE3DS, LLC on Africa business strategies such as Africa trade, technology, power, aviation, and housing. FEEEDS also serves as global advisor and board member to several organizations. As CEO-FEEEDS she co-hosts an annual Africa event with Gallup World Poll. Dr. Sanders’ new book, “The Rise of Africa’s Small and Medium Size Enterprises,” published in 2017 is a 530-page scholarly work on the impact a of Africa’s SMEs on development and growing the middle class.

Her expertise on national security and military strategies is based on serving as the International Affairs, Africa Advisor and Deputy Commander of the Eisenhower Resource College of the National Defense University, the U.S. military’s premier institution for national security studies, conflict resolution, and gaming for our next generation of military and diplomatic leaders.