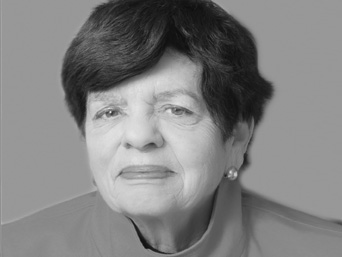 Alice M. Rivlin is the Director of the Health Policy Center at the Brookings Institution and Leonard D. Schaeffer Chair in Health Policy. She is also a senior fellow in the Economic Studies Program at Brookings and a visiting professor at the McCourt School of Public Policy at Georgetown University.

Ms. Rivlin served as vice chair of the Federal Reserve Board (1996-99). She was deputy director and then director of the White House Office of Management and Budget in the first Clinton administration (1993-96). She also chaired the District of Columbia Financial Management Assistance Authority (1998-2001). Ms. Rivlin was the founding director of the Congressional Budget Office (1975-83). She was director of the Economic Studies Program at Brookings (1983-87). She also served at the Department of Health, Education and Welfare as Assistant Secretary for Planning and Evaluation.

In 2010, Ms. Rivlin was named by President Obama to the Commission on Fiscal Responsibility and Reform and also co-chaired, with former Senator Pete Domenici, the Bipartisan Policy Center’s Task Force on Debt Reduction. Ms. Rivlin received a MacArthur Foundation Prize Fellowship in 1983 and the Moynihan Prize in 2008. She was named one of the greatest public servants of the last 25 years by the Council for Excellence in Government in 2008. In 2013 she is received Robert M. Ball Award for Outstanding Achievements in Social Insurance from the National Academy of Social Insurance. .She has taught at Harvard, George Mason, and The New School Universities. She has served on the boards of directors of several corporations, and as president of the American Economic Association.

Ms. Rivlin served on DC Mayor Muriel Bowser’s transition committee and is vice chair of the Board of the DC Association of Public Chartered Schools. She serves on the Board of the Morris and Gwendolyn Cafritz Foundation.

Ms. Rivlin was born in Philadelphia, Pennsylvania, and grew up in Bloomington, Indiana. She received a B.A. in economics from Bryn Mawr College and a Ph.D. from Radcliffe College (Harvard University) in economics 1958. She is married to economist Sidney G. Winter, professor emeritus at the University of Pennsylvania. She has three children and four grandchildren.